Is the Chief Justice in the line of succession to the Presidency? 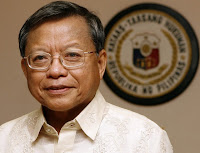 Similarly, in his January 12 column in Manila Standard, Emil Jurado, a veteran journalist and lawyer, stated the following :

But a hiatus in the office of the chief justice poses clear and present danger to the country. There is the order of succession to the presidency: a Chief Justice is fifth in line. If there’s no President, Vice President, Senate President and Speaker of House of Representatives proclaimed by June 30, who will take over the country?

Is the Chief Justice really fifth in order of succession to the Presidency?

The answer in the negative. There is no provision in the Constitution that says expressly or by implication that the Chief Justice is fifth in line of succession to the Presidency.

To be sure, let me quote the relevant provisions of the Constitution on presidential succession.

Even in the United States, the Chief Justice is not in the line of succession to the Presidency per Presidential Succession Act of 1947.
Written by Joselito G. Basilio at 2:28 AM 178 comments: 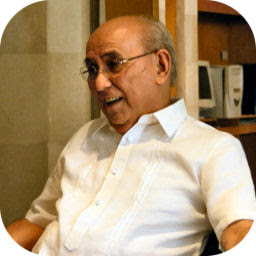 Among the arguments proffered by several legal luminaries on whether or not the incumbent president may appoint a new chief justice vis-à-vis the constitutional prohibition against ‘midnight appointment' and command that any vacancy shall be filled within 90 days from the occurrence thereof, the one submitted by Fr. Bernas, which is mainly anchored on the principles of statutory construction, is more convincing.

Bernas sees no conflict between such prohibition (Sec. 15, Art. VII) and command (Sec. 4.1, Art. VIII) of the Constitution if the new president appoints the next chief justice.

Let me reproduce in its entirety the article written by Bernas on this issue, viz :

I had originally planned to continue my dialogue with CHEd on the issue of collegiality, but the issue of who should appoint the next chief justice has grown more sexy. Collegiality can wait.

Since, however, there are so many issues involved regarding the appointment of a chief justice after CJ Puno retires on May 17, I shall write in telegraphic style.
It is important to remember that the prohibition against appointments two months before a presidential election until the end of the incumbent’s term was inspired by the reprobation by the Supreme Court of President Garcia’s scandalous “midnight appointments” before President Diosdado Macapagal assumed office.
But the prohibition against midnight appointments in Article VII is general, whereas the command in Article VIII to fill the vacancy in 90 days is special to the Supreme Court. An accepted principle is that a special law creates exception to a general law.

However, when laws are apparently in conflict, jurisprudence also says that efforts should be made to give effect to both when possible. Is reconciliation possible?

Yes, it is possible. The prohibition against appointment starts March 10 and lasts only until June 30; the period for filling a vacancy (90 days) lasts until Aug. 17. The new President will therefore still have about 45 days after June 30 to make the appointment. Both Article VII and Article VIII can have effect.

The original period proposed for filling vacancy in the Supreme Court was 60 days; it was extended to 90 days without debate. [See Constitutional Commission deliberations.] Thus even the Constitution believes that the vacancy can wait 90 days. There is no rush to amend the Constitution now.

Moreover, according to the Aytona case (1962) and the Valenzuela case (1998), when the president-elect is known, the authority of the incumbent is only to ensure an orderly transfer of power. Call it an argument from morality or delicadeza. Under the automated elections, we should know who the next President will be by May 17 or soon after.

The power to appoint is activated only when a vacancy occurs. Vacancy will occur only on May 17. But by then President Arroyo will only have power to make temporary appointments in the executive department. (Speaker Nograles’ contrary view is a premature attempt to amend the Constitution.)

Appointment to fill an anticipated vacancy is valid only if the person making the appointment still has the power when the vacancy occurs.

The President can appoint only from a list given by the JBC. Cory Aquino made appointments without a JBC list, as Senate President Enrile correctly recalls, but only when there was as yet no JBC.

The JBC is duty-bound to submit a list, but only when there is a vacancy, not necessarily sooner.

However, the JBC has no authority to decide whether Arroyo can appoint or not. The JBC can only prepare a list for whoever has authority to appoint. The JBC is not the Supreme Court.

In substantive issues, the chief justice has only one vote out of 15. In administrative matters, the CJ’s absence can be handled, and has always been handled, internally by the other justices of the Supreme Court through a designated temporary presiding officer. To say that the 14 remaining justices will not be able to temporarily run the Supreme Court properly without a chief justice is to insult all of them, one of whom will almost certainly be the next chief justice.

Problems that can arise during the coming elections do not necessarily need a chief justice. (1) Administrative matters go to the Comelec first. (2) Contests in local elections go to local courts first or to the Commission on Elections. (3) Contests in congressional elections go to the Senate or House Electoral Tribunals where a chief justice does not participate. (4) Presidential election contests go to the Supreme Court; but the Chief Justice is not the Supreme Court. At most his is only one vote out of 15. (5) The same can be said about appeals to the SC of election cases. The quorum of the Court en banc is only eight, not 15.

The only instance I can think of where the presence of the chief justice might be indispensable is when the President is on trial on impeachment. But I cannot see that coming any time soon.

My suspicion arising from all of this is that the rush to appoint a chief justice before the swearing in of a new President is being orchestrated, out of unfounded fears or unstated political reasons, by forces in and around the Palace.

A final word. Those who want President Arroyo to appoint the next chief justice might attempt to persuade CJ Puno to retire much earlier than two months before the elections. That would not be a solomonic solution but an unwelcome political solution. I doubt, though, that CJ Puno would want to leave that as his legacy after a distinguished career in law.

Why Ban Airsoft During Election Period? Many airsoft enthusiasts ask this question : “Are airsoft guns included in the Comelec gun ban?”.

Section 2 of the said Resolution defines “firearm” as follows:

Firearm shall refer to the “firearm” as defined in existing laws, rules and regulations. The term also includes airgun, airsoft guns, and their replica/imitation in whatever form that can cause an ordinary person to believe that they are real.

Section 877 of the Revised Administrative defines “firearm” as follows:

Firearms or arms as herein used, include rifles, muskets, carbines, shotguns, revolvers, pistols, and all other deadly weapons from which a bullet, ball, shot shell, or other missile may be discharged by means of gunpowder or other explosives. The term also includes air rifles except such as being of small caliber and limited range and use as toys. The barrel of any firearm shall be considered a complete firearm.

Airsoft rifle/pistol as a toy shall refer to those manufacture purposely as replica of a real armament with all its specifications and corresponding intellectual property sign or logo.

It is clear from the foregoing definitions that an airsoft gun is classified as a ‘toy airgun’ by PNP regulations and falls under the exception of an existing statute defining what a firearm is.

Since an airsoft gun is not a firearm (but rather a toy airgun), I submit that the Comelec has erred in expanding the definition of firearm which now includes airsoft guns?

Basic is the rule in administrative law that administrative agencies (such as the Comelec) may exercise only such powers as are expressly granted or delegated to them by law. The authority of the Comelec to regulate the carrying and transporting of “firearms” during election period is an express delegation of power derived from law (i.e., Sec. 32 and 33 of R.A. 7166).

The Comelec is supposed to issue rules and regulations that are consistent with existing laws and must act within the confines of its delegated authority under R.A. 7166.
Written by Joselito G. Basilio at 4:35 AM 27 comments: 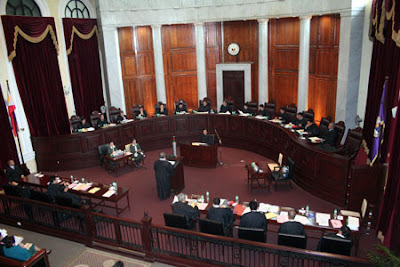 A case is considered moot and academic when it ceases to present a justiciable controversy by reason of supervening events. In the case of the present petitions, the supervening event is the lifting of Proclamation No. 1959 on 12 December 2009.

As a general rule, such petitions may be dismissed on ground of mootness. However, this general rule admits of exceptions, namely :

1) there is a grave violation of the Constitution.

2) the exceptional character of the situation and the paramount public interest is involved.

3) when constitutional issue raised requires formulation of controlling principles to guide the bench, the bar, and the public.

4) the case is capable of repetition yet evading review.

I submit that the above exceptions are present and therefore the Supreme Court is bound to resolve the petitions filed by Salonga and other personalities.
Written by Joselito G. Basilio at 11:56 AM 14 comments:

Eternal Sunshine of the Spotless Mind

You Are Visitor Number

God grant me the serenity to accept the things I cannot change, courage to change the things I can, and the wisdom to know the difference—living one day at a time, enjoying one moment at a time, accepting hardships as the pathway to peace, taking as He did this sinful world as it is, not as I would have it, trusting that He will make all things right if I surrender to His Will—that I may be reasonably happy in this life and supremely happy with Him forever...